Another Day At The Office!

What a wonderful project that myself and several members of the Zion Fire Use Module got to participate in just recently. I was wishing that some of my crewmembers could have been on and available to help with this once in a lifetime opportunity. Unfortunately, the way that budgets and more importantly seasonal regulations concerning 1040 hours work... it was not possible to have the crew on. 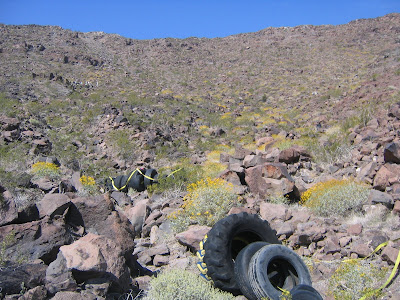 The project - to remove a lot of vehicles from the Lake Mead recreational area... For a long time (probably since the late 50's or early 60's) people have been driving their old cars out to a particular cliff near the canyon just south of the Hoover Dam. Once there they drive / roll the cars off the cliff. The amount of cars present was nearly 30... most were old and in need of a funural, however others were brand new cars. The latest being a stolen Lexis that was rolled off the edge and destroyed. In addition to a lot of cars, there were over one hundred tires. Some belonged to the cars that were destroyed, but most were just old tires rolled off the cliff to see who could get the most distance out of them. 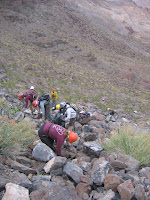 The project started with a KMax heavy lift helicopter equiped with a hydralic claw. This helicopter plucked as many of the cars and scrap metal off the hill as possible. Following that it 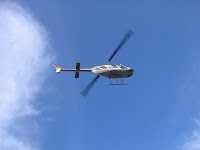 was time for us to engage... a 20 person support crew and 6 helitack crewmembers went off the side of this rather steep and rocky hill. Our goal was to collect as much of the garbage as possible and fly it out. The tires were left to me... I went up and down the hill several times that day! It was steep and unstable... not your typical afternoon stroll. Others focused on filling and manifesting nets full of trash. All total we flew approximately 20,000 pounds of crap off the hill. That is not including the cars flown off the previous day. 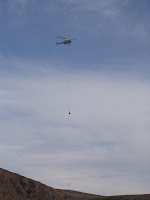 It was a good project... a dangerous one, however no one got hurt and in the end it was executed well. I don't know if the pictures do justice to the terrain... but as you can imagine... it was as steep as it looks if not steeper. 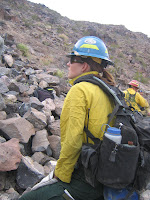 Oh yes, and a side note... while we were on site and had the ability to do so, we were asked to do another project for Lake Mead N.P. We rigged and flew a building off of a repeater site. I did not get pictures of this... I got video! I am working to compress and edit the video as we speak and hope to have this wonderful footage of a very unique long line operation. I have never had to climb to the top of a building to connect the apparatus to a remote hook... it was a first for me! 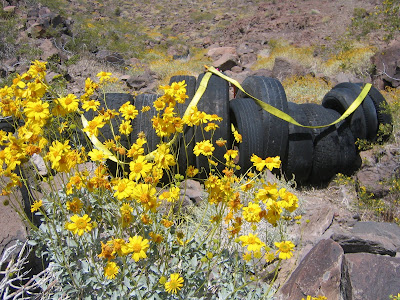 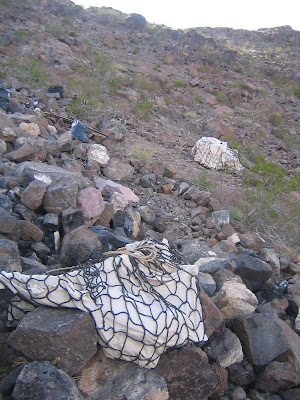 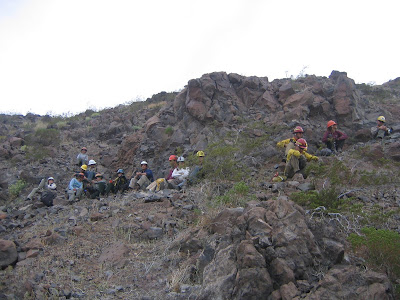