Winter Time At The Base! 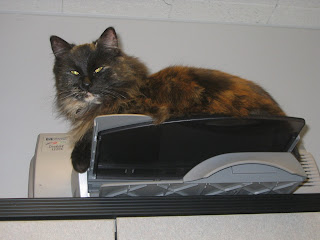 Often I get asked what happens around the base during the winter months. "Do you close the base down?", is a common question from crewmembers that only know the warm summer months of the base life. The answer is... NO! I am still stuck at the base long after most everyone leaves. In past years it has been just me and the cat. While Alicia is full time, she has taken the oportunity to teach at the academy in California for several months. Recently John Burke joined us at the air center... he too will now know the cold boredom that is winter at the base... 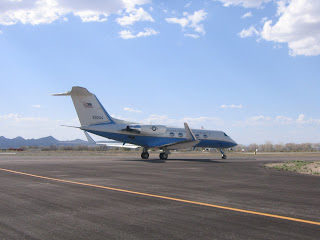 Occassionally there is something that happens that is worth mentioning... Like the visit by Laura Bush to Zion N.P. Did I get to see her, or shake her hand?... NO! I did however get to see her jet land and take off again... if you can call that exciting! 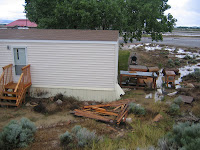 And there was the phone call back in '05, early in the morning to inform me that the coal creek river had burst its banks during the runnoff and the air center was being flooded. That is a mess that I still have nightmares about. It did a lot 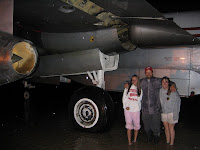 of damage, and required days of cleanup and years of rebuilding. We still feel the affects of that mess even today.

Almost weekly the Cedar City fire department is out playing with their newest million dollar toy. The aircraft crash truck is something to ooh and aww over. I wasn't very pleased the day they decided to test their water canon on our freshly plowed aircraft ramp... temperatures that night were well below zero and caused a sheet of ice nearly an inch thick to remain on the ramp for many days to follow... ooops! 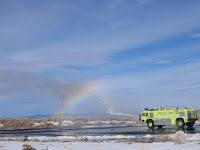 Winters are filled with keeping warm and doing paperwork... not all that exciting.