Week two of train-up was absolutely packed. We had the final member of the crew join our team. Thea arrived on Monday, and we introduced her to the park with the Fire Orientation Meeting and Bar-B-Que down at the park. 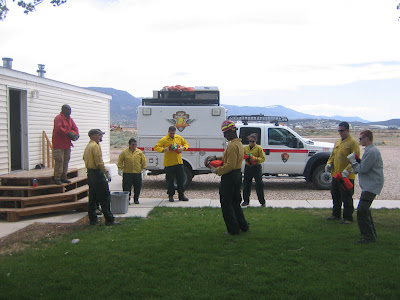 Each crew member takes the opportunity to practice deploying a practice fire shelter. The day cooperated well, winds were gusting at about 15-20mph which made for a more realistic deployment practice. 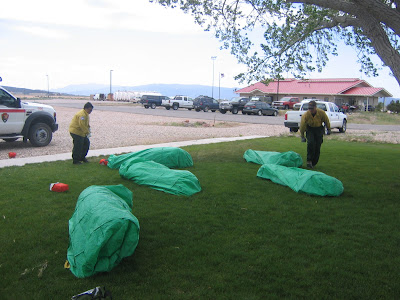 The crew gathered around one particular crew member that not only successfully deployed in a decent amount of time, but had a great seal... he set a great example of how it should be done. 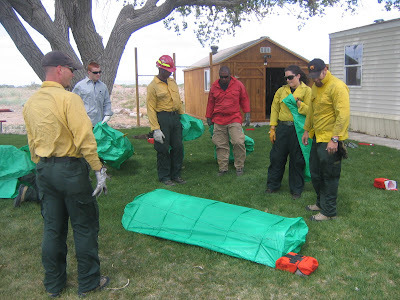 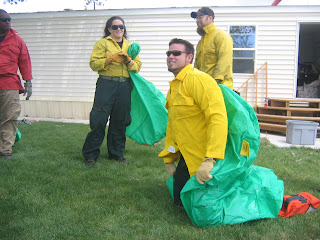 We're glad to have Paul Damron back on the crew once again. He did a fabulous job during the shelter deployment drills...

We understand that deploying practice shelters on a lawn is not nearly realistic to what conditions will be like if it becomes necessary to utilize our shelters in the field, however the more repetitive the action is for the crew... the better prepared they should be to use the shelters if ever necessary. This is only the first of the shelter deployment practices we will have... these drills will be revisited throughout the season.


We followed shelter deployment with a team building P.T. The weight chase is a simple game, with simple rules. Two teams of equal size are created. The team members are bound together with a rope, which they are able to disconnect from if necessary. Each team member is handed a bag of weight... for this particular exercise it was 20 lbs per bag. 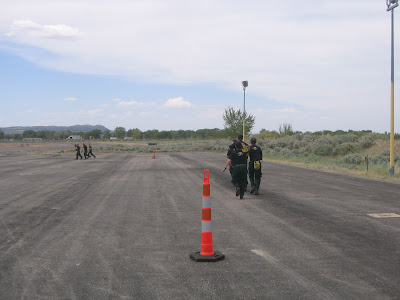 Each team starts on an opposite end of a course... then moving in the same direction they chase one-another until one team catches the other team. Simple.... right? 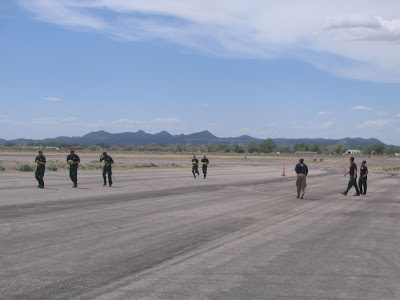 In the picture above you will notice that the teams have reduced in size... that is part of the rules and strategy of this game play. Each member has the option of dropping off the rope line if they feel their team will do better without them. They can do this but before doing so, them must hand their weight to another team member increasing that team members burden. In the picture above you will notice that team 1 is down to three... team 2 is down to two and moving in fast. 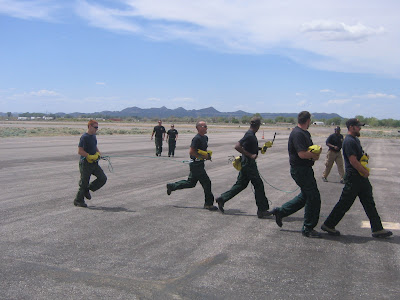 The final shot of the race.... as one team catches the other... in the background you will see that those who have dropped out from exhaustion or strategy, are rooting their team on! 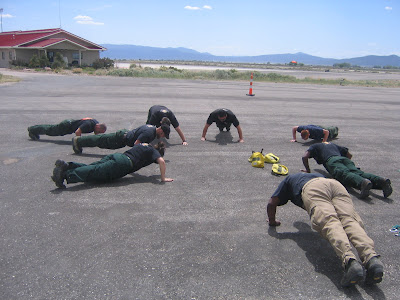 It was 50 push-ups for the losing team... but as you can see, on Zion Helitack we are not a group of teams... we are one team!

The season is off to a great start... the crew making it through week 2 of train-up! Only one more week to go prior to the ship coming on. The projects are starting to stack up, and the weather is looking promising for a busy season. As always, we'll be ready!
Posted by M.L.