On short notice, Helitack was invited down to the park in order to support the annual grass burn. I am pretty sure that most of the crew was glad to be free of the training for an afternoon, as we loaded the trucks to head South. 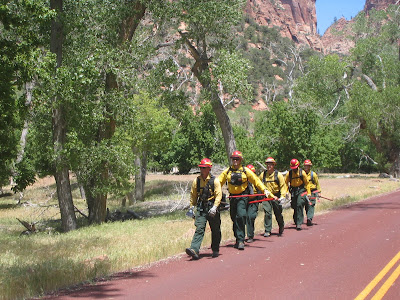 The backdrop for the grass burns was spectacular. It seemed as though the number of people on the burn was a little excessive for some of the units, but it paid to have the additional hands on other larger units we burned during the day. 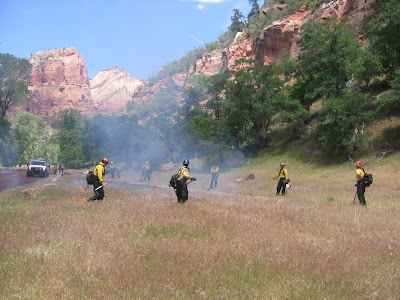 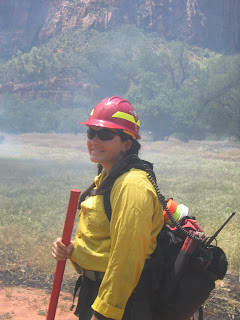 Despite the lack of fast paced action, which usually comes with the suppression side of firefighting, the crew was enjoying the time out in the field doing something that resembles what they signed up to do... Thea had a hard time wiping the smile off of her face!


Most of the crew spent some time on the torch... a good refresher. No one likes the smell of a grass burn, the smoke stinks and burns the eye's and nose in a very noticeable way. It was good to stand in the smoke and break in the lungs for this 2009 season! 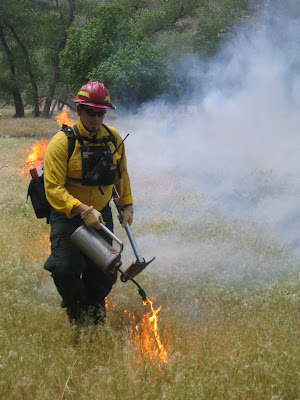 Just a little perspective on the beautiful grandier of Zion National Park... the picture below shows several members of the crew standing below the stone of Weeping Rock. You can't beet this... we get paid to do this stuff! 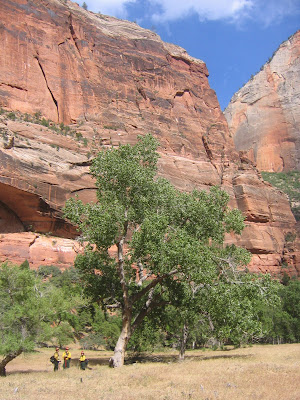 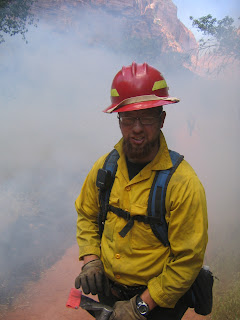 I'm sure that Thayer (Senior Lead) is sick of the photo sessions. The look on his face seems to say that once again he is wishing that the camera hadn't found his mug... The crew always seems to like the end of the year when we go through the pictures of the season... I'm sure Thayer will forgive the impromptu photograph. 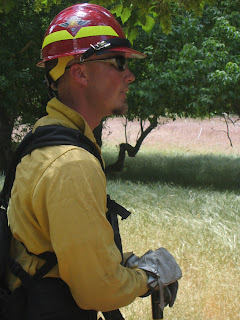 Suerig (Lead Crewmember) enjoyed a moment of contemplation. Reality is... he too knows the camera is on him, and chooses to act as if he doesn't know he is being photographed. Both Leads enjoyed the opportunity to observe the crew and put into practice a few of the things that we have been training on for the past 10 days.

It was a great day... we enjoyed the work, the veiws, and each other! I think we are ready for the season... helicopter arrives on Monday and is on contract by Thursday of next week... Here we go! 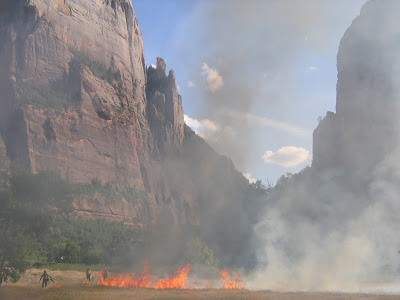 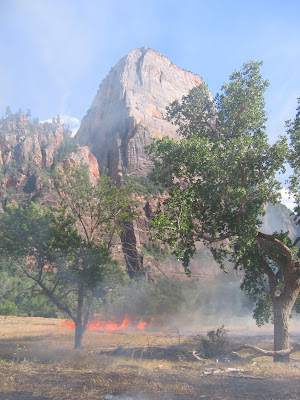 Tom Green (Zion Engine Crew)... capped off the day with the ultimate pose of satisfaction. He is sporting the always fashionable weed eater... I am of the opinion that he enjoyed using that weed eater a little too much! Forget burning the grass... just set Tom loose with that machine and watch the progress made in mowing down the cheat grass! I appreciate Tom and his attitude towards having fun... he puts a smile on my face every time I'm around him. 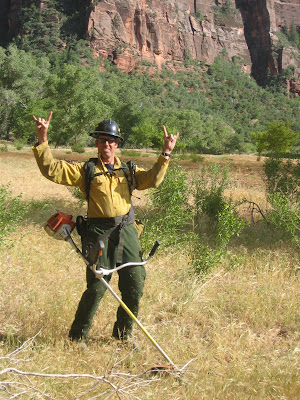 Tom will be one of our first detailers to join the crew for a two week period this season... we look forward to him running with the crew for a couple of weeks!
Posted by M.L.